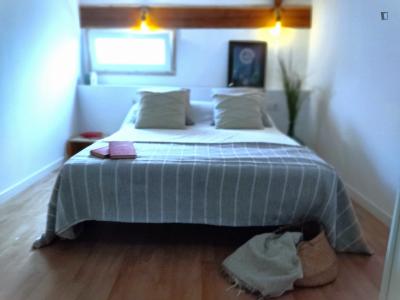 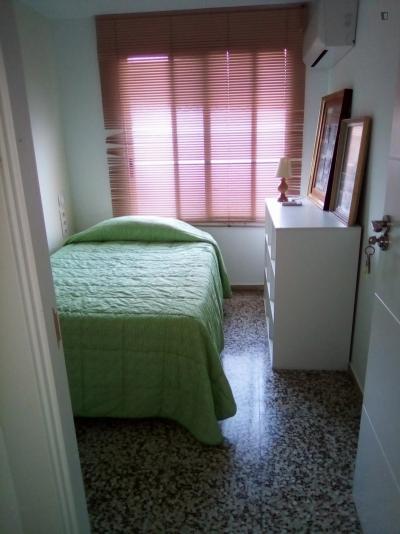 Appealing single bedroom in a 6-bedroom apartment, in La Llum 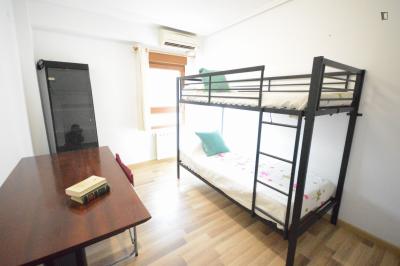 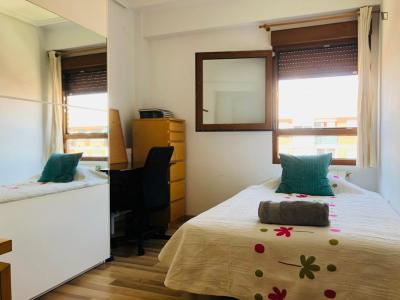 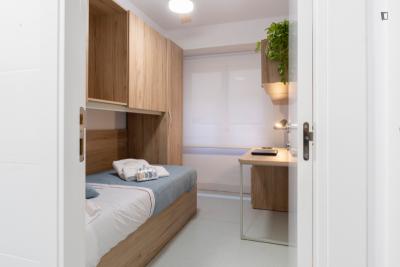 Bedroom
Up to 4 people• 14 bedrooms• 1 bathroom 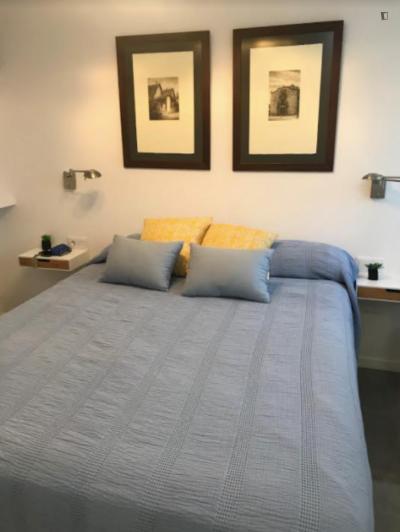 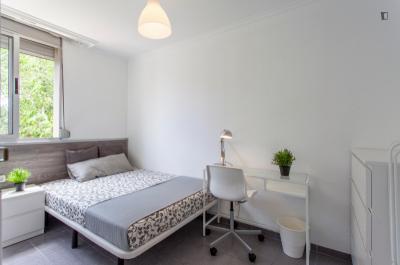 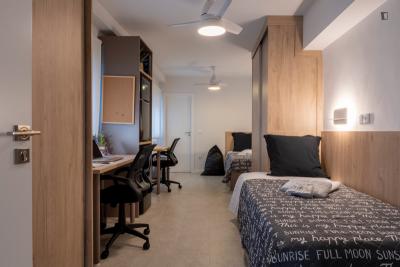 Bedroom
Up to 2 people• 6 bedrooms• 4 bathrooms

El Pla del Real may not be the most famous district of Valencia, but it is one of the most homogeneous. It is, in the opinion of many Valencians, the most beautiful and elegant part of the River Turia’s estuary. It is the perfect place to breathe in the essence of the city and enjoy many activities next to one of the longest rivers in Spain. La Exposición, on the northern bank of the River Turia, is one of the most beautiful areas of El Pla del Real. On its Paseo de la Alameda, where impressive trees line the promenade, there are several terraces where Valencians meet up whenever the sun is out. This area is also one of the best places for Valencia’s nightlife throughout the year, but is especially inviting during spring and summer. However, the most popular side of El Pla del Real, especially among Erasmus students, is around Mestalla, San José and Ciutat Universitària. In San José in particular, you'll find the most beloved place to experience the most Spanish and international atmosphere among all types of students: Plaça del Xúquer.

El Pla del Real is THE student neighbourhood of Valencia. Every single one of its quarters has a large student community, and the neighbourhood is especially popular with those on Erasmus.

La Exposición. Bounded by the river, the Avenue Blasco Ibáñez, and the Jardines de Viveros, this area is one of the greenest zones of the city – perfect for lovers of outdoors activities.

The Fallas - Valencia’s traditional festivities. During the Fallas, fireworks and Castillos are launched from El Pla. These can be seen from both sides of the river, and illuminate the Valencian night