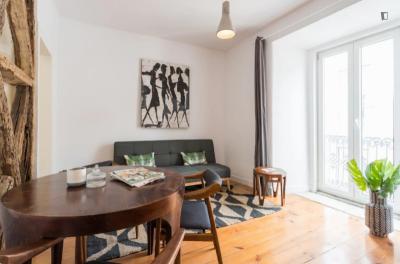 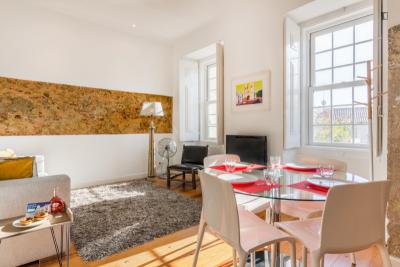 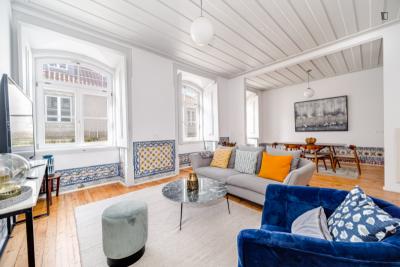 Historical 3 bedroom apartment in the downtown 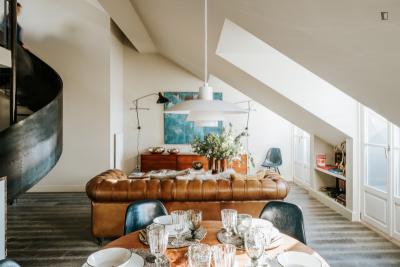 Amazing duplex with terrace, in the downtown, near the Cathedral 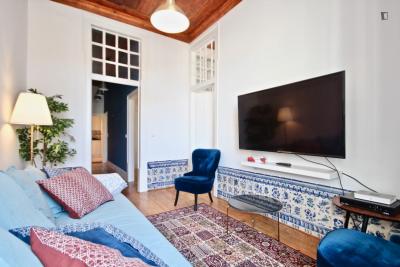 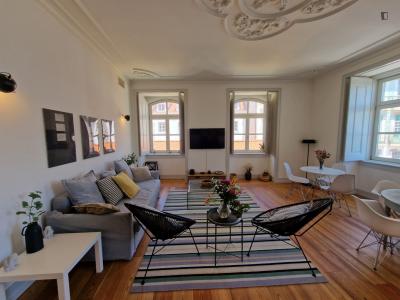 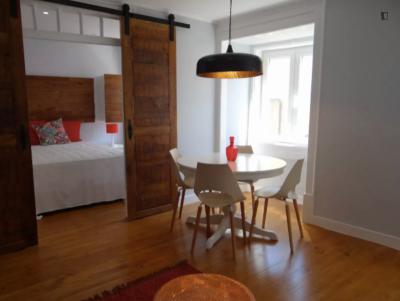 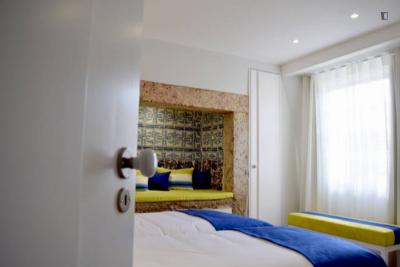 Lisbon’s Sé neighbourhood is one of the most typical areas of the city's old quarter. Set on one of Lisbon's seven hills, where you can expect streets to be fairly steep, this area takes its name from Lisbon’s cathedral, known as the "Sé". The buildings are old – some of them are well over a hundred years old – and every street is still paved with cobblestones, which give it its authentic, typical charm. This is a great neighbourhood for students to live in as it captures all of Lisbon’s spirit. The highlight of the neighbourhood is obviously the Sé. The Cathedral is almost 1000 years old and it’s the oldest church in the city. Other landmarks include the Saramago foundation, down by the riverfront – a museum dedicated to the Portuguese writer who won the Nobel Prize. The area is also brimming with restaurants, and some of them are out of this world - but these aren't always easy to find. Living in Sé can be affordable, but it’s not cheap. It’s a great area to live in because it’s central, close to plenty of attractions, historical and near many public transport options.

As a neighbourhood full of old buildings, most of Sé's residents have lived here for decades. However, many buildings have recently been renovated to accommodate tourists and students coming to Lisbon

The Casa dos Bicos. Home to the Saramago Foundation, this unique building on riverside Campo das Cebolas has its façade covered in diamond-shape protrusions, giving it its name of "House of Spikes".

The Sé. This historical cathedral is the oldest church in the city, but only just survived Lisbon's massive 1755 earthquake. Only in the 20th century was it restored to its former glory.

The Sé is a touristy area with lots of choices to pick from for dinner, but there aren't many bars around, so nightlife isn't as lively as in other parts of town.