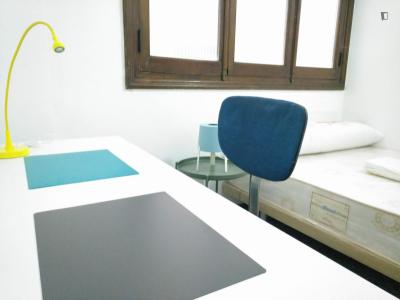 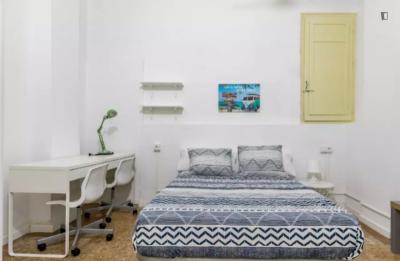 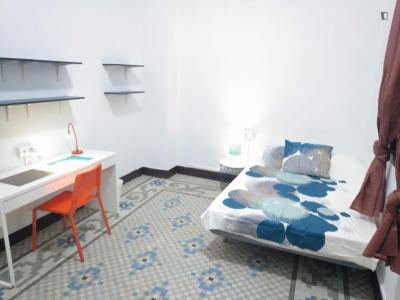 Newly renovated Room in the heart of Valencia 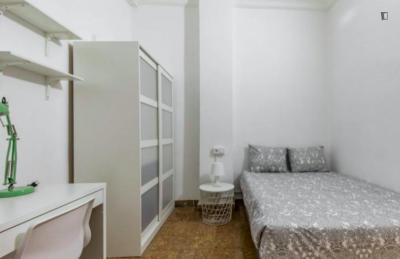 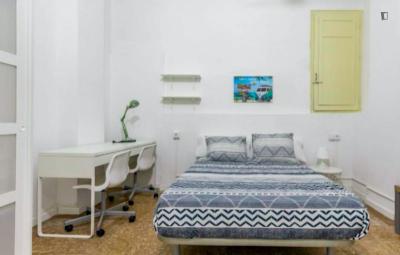 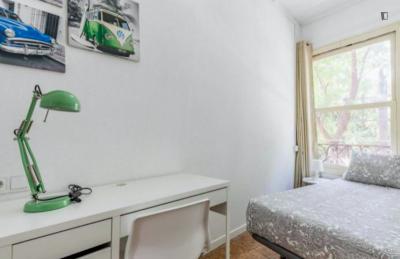 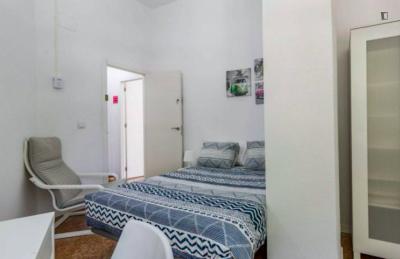 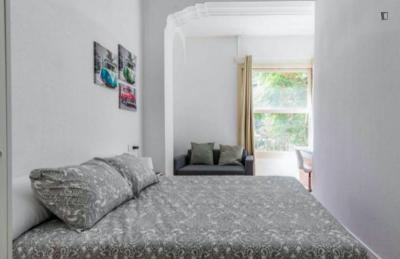 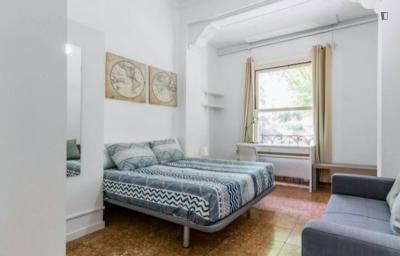 L'Eixample (Ensanche) is the number 2 district of Valencia, located in the southeast of the historic center, and is formed by the neighborhoods of Ruzafa, Gran Vía and El Pla del Remei. The Ensanche is characterized by its wide streets with buildings of bourgeois appearance, where you can see beautiful palaces and where the impression of Modernism can be seen. Ruzafa is one of the preferred walking areas of the Valencians, with numerous bars and nightlife venues and where they also highlight its market and Central Park. Plaza del Remedio is one of the most exclusive residential areas and a good place to go shopping.

Although the Eixample does not have any university, it is a district that is well connected to the main universities. For example, the journey to the University of Valencia takes about 20 minutes with bus 81 from Colón - Passeig de Russafa. The bus 41 minutes from Germanias - University to the Polytechnic University and the number 6 from Gregori Mayas street to leave at Puente de Fusta (11 minutes), about 5 minutes walk from the Menéndez Pelayo International University. If you study at the IMF Business School you are lucky, because from the Eixample you go on foot in just 15 minutes.

Due to its central location near the historical center and its good connections with the universities in Valencia, it is a good idea to look for student flats in  L'Eixample. Uniplaces has a wide range of rooms for university students of all types. You can stay in a room with single or double bed in the shared rooms of three or more rooms, or share a room with two single beds to adjust the budget as much as possible. Those who prefer a quieter atmosphere can choose only two rooms.

In L'Eixample district  there are no metro lines, but the area has good bus connections. The main lines that offer service in the Ensanche are the following: 41 (Universities), 2, 6, 13, 14, 35 (for the City of Arts) and 79 (Circular). It is also less than a 10-minute walk from the North Station, the main train station in the city, with connections to metro lines 3. 5. 7 and 9.