Cozy single bedroom with balcony and outside area

Large Appealing Appealing single bedroom with balcony and outside area

Large Cozy Cozy single bedroom with balcony and outside area 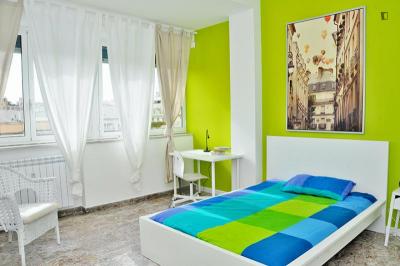 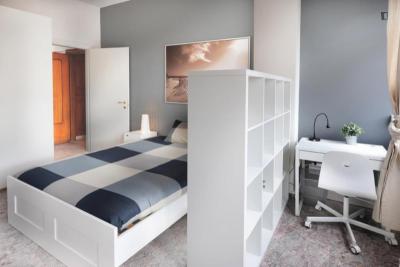 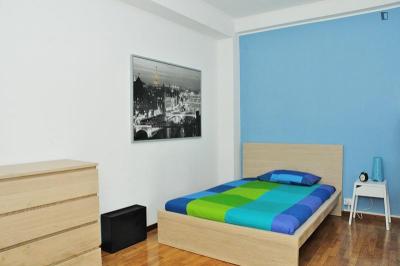 Great looking single bedroom with balcony and outside area

Cozy single bedroom with balcony and outside area

Sapienza University is one of the oldest in the world and dates back to 1303. In 2016 it had more than 100 000 students enrolled, making it the largest in Europe by number of students. It consists of eleven faculties, more than 60 departments, 21 museums and 50 libraries spread throughout the city in more than 100 buildings, of which 30 are on the campus of Città Universitaria.

The huge campus of Città Universitaria was built in 1935 in a characteristic rationalist style. The main entrance is located in piazzale Aldo Moro, near Termini station, while on the opposite side is located the Policlinico Umberto and the independent buildings that house the faculties of Economy and Engineering. Therefore, this university center is not only composed of classrooms and faculties, but also houses several museums and a large botanical garden.

Città Universitaria is located in the area of San Lorenzo, well located between Termini and Tiburtina stations in a quite central location that allows easy access to the historic center, as well as the large municipal parks near Piazza Bologna, one of the favorite areas To find university accommodation near La Sapienza. The university has several venues throughout the city. Some are located in the vicinity of Città Universitaria, such as the Faculty of Psychology in Via dei Marsi, while others are further away, such as the Faculty of Architecture, in Via Flaminia. In addition, there are other venues in municipalities of the province, like Civitavecchia or Latina, as well as a faculty of Economy in Buenos Aires.

HOW TO GET TO SAPIENZA

For greater comfort, we will take into account the connections with the Città Universitaria campus. The nearest metro stop is Policlinico, on line B, located to the north a few minutes on foot. Tram lines 3 and 19 run through Viale Regina Elena to Piazzale del Verano and pass through the east side of the university complex; From there you can continue to the center of the San Lorenzo neighborhood. If you can not find a student apartment near the Sapienza you should have the map of the subway and tram of Rome at hand.