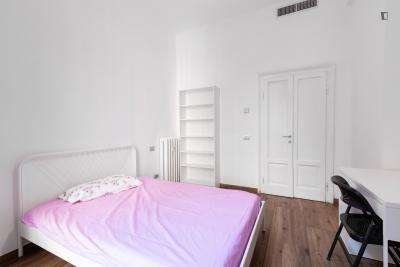 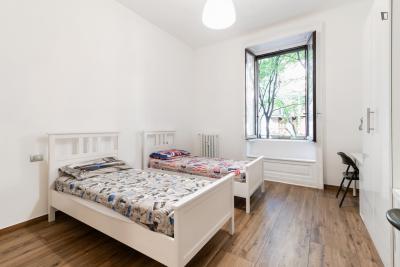 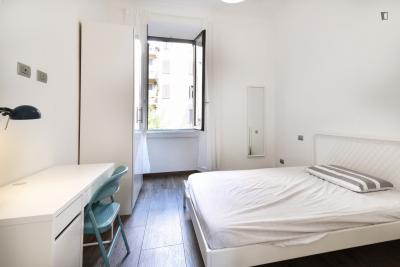 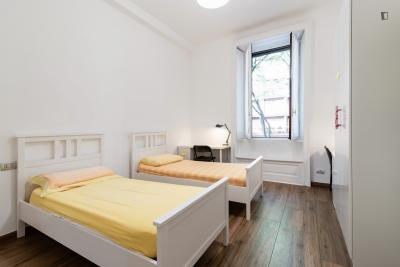 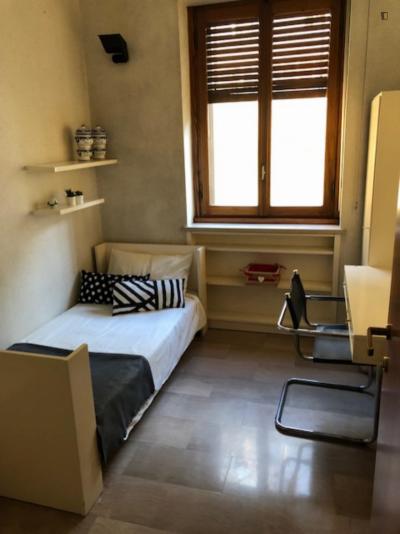 Snug single bedroom in a 6-bedroom flat, in Bocconi-Porta Romana 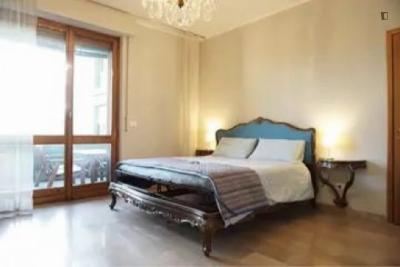 Delightful double bedroom with a balcony, in Bocconi-Porta Romana 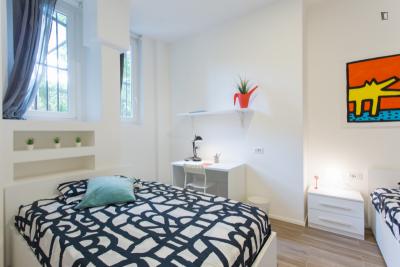 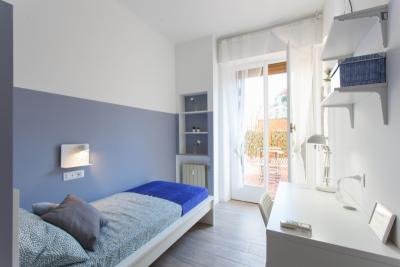 Bed in neat twin bedroom with balcony in Città Studi 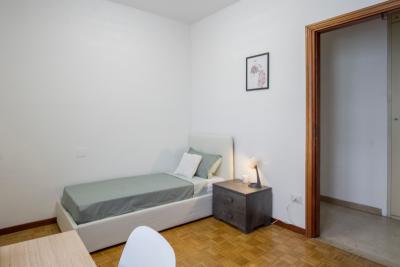 The neighborhood to which the Porta Garibaldi station belongs developed strongly in recent years - from a black hole on the Milan city map to a lively and elegant district. It all began with the regeneration of the station itself, followed by the construction of the Centro Direzionale, whose glass buildings surround Piazza Gae Aulenti. This lively square is dominated by a fountain with shops and office buildings.

Students are able to find an apartment in the neighbourhood of Garibaldi by simply having a look at the nearby surroundings such as Isola or Corso Sempione, which is where the apartments are still affordable.

The horizon is dominated by skyscrapers that are new and recognisable, such as Bosco Verticale, the winner of several international prices. On the opposite side of it is the famous Monumental Cemetery, which is not only a cemetery but also an outdoor electric museum.
The crypts can appear in very different styles, and some of them even accommodate prominence such as Manzoni, Dario Fo, Franca Rame, Giorgio Gaber and Enzo Whittaker.

HOW TO GET TO PORTA GARIBALDI

The Porta Garibaldi station is served by various regional and suburban railways. From here you do not need long to get to the east and west of Milan. It is convenient that the subway lines M2 and M5 pass here, as an apartment in Porta Garibaldi therefore means that you are just minutes away from everything.

There are universities located nearby, but in general it is very easy to get to any other university quickly. If you are studying at one of these universities, the best thing to do is to find your room in Porta Garibaldi:

The Politechnical University of Bovisa is just 2 stops away from the Garibaldi train station. The faculties for design, architecture and engineering are located in Bovisa.

You can get to the University of Bicocca by taking the purple subway line M5 or the suburban train as well as the tram 7 from Piazzale Lagosta. This large university consists of 14 faculties.

With the green subway line M2, you will get to the north to Città Studi and the Polytechnic University by getting off at Piola.

With the green line M2 you can get from Porta Garibaldi in the south to Sant'Ambrogio for the Catholic University or Romulus for the IULM. This line also takes you close to the NABA.