Find the perfect student accommodation in the heart of the city 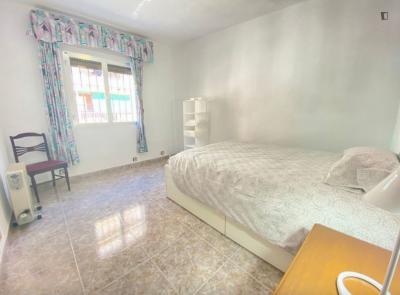 €350/month
Available from 17 May 2022
NewVerifiedTrusted Landlord 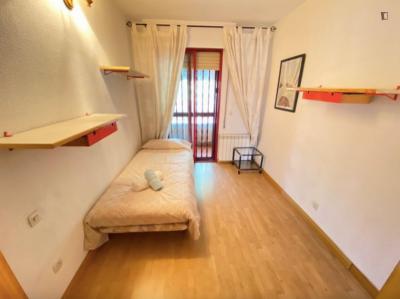 Luminous single bedroom in a 6-bedroom apartment in Entrevías 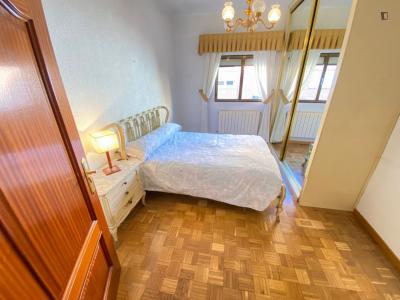 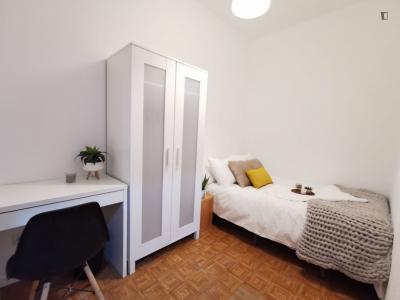 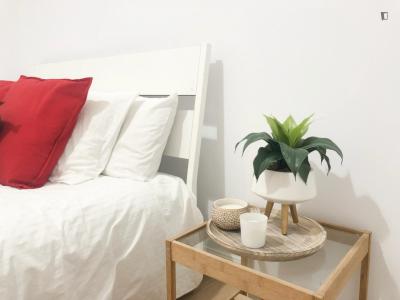 Double bedroom in cool apartment in the appealing Opera neighbourhood 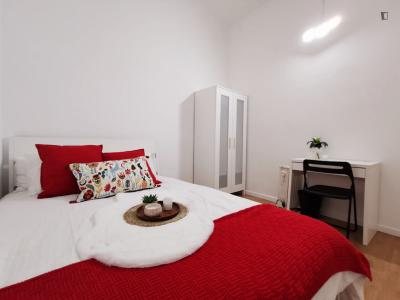 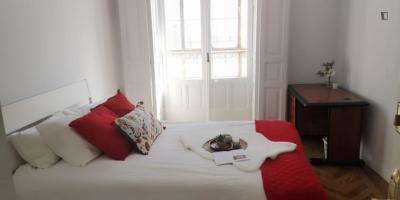 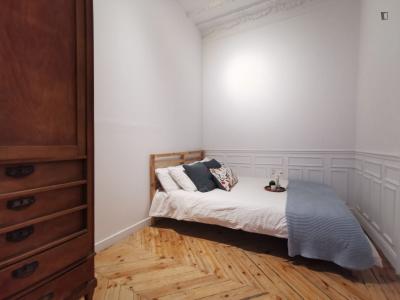 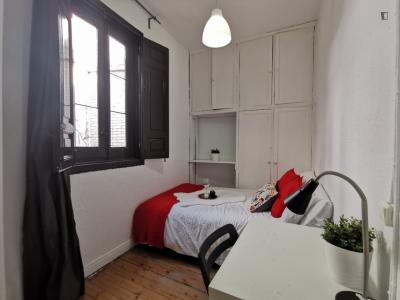 Los Austrias neighborhood (also known as Madrid de los Austrias) refers to a large area of central Madrid that corresponds to the old medieval layout of the city, although it is not an official neighborhood. This is one of the most attractive tourist areas of the city and houses some of the most important historical monuments, such as the Royal Palace, the Almudena Cathedral, the Plaza Mayor or the San Miguel Market.

In Los Austrias neighborhood there is no university faculty, but it is a very well connected area where almost all the Madrid universities are. For example, the metro ride from Opera (line 5) to the Puerta de Toledo campus of Carlos III University only takes about 17 minutes. From Sol, less than ten minutes on foot, you can reach the University City (where the Complutense University and the Polytechnic of Madrid are located) in 26 minutes by metro (lines 3 and 6). Also from Sol you can arrive in about 30 minutes in the commuter train to both the Cantoblanco campus of the Autonomous University (line C4) and the Carlos III University in Getafe (line C4).

The historic center of Madrid is the most sought after area to live in, but finding accommodation for students in the Austrias neighborhood is a relatively simple task, thanks to the wide variety of flats for rent. Uniplaces offers a wide variety of rooms for students in the Austrias district of all types, from single or double rooms in shared flats (some with private bathroom and balcony) to small studios and furnished one bedroom flats for more independent young people

The Austrias neighborhood is an area with an irregular layout, narrow streets and paved. The nearest metro stations are Opera to the north (lines 2 and 5), La Latina to the south (line 5) and Sol to the east (metro lines 1, 2 and 3). In addition, there are several bus lines that leave the Plaza Mayor and walk around the neighborhood, such as 17, 18, 23, 31 and 35. The Sol station is less than ten minutes on foot, and from there you can take the Lines C3 and C4 of Cercanías to move you to the most distant points of Madrid and surroundings.