Recommendations about neighborhoods and universities 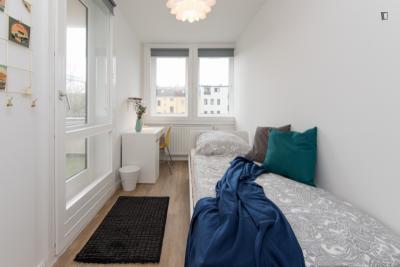 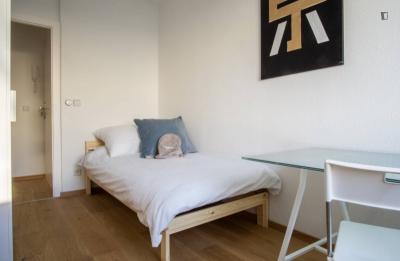 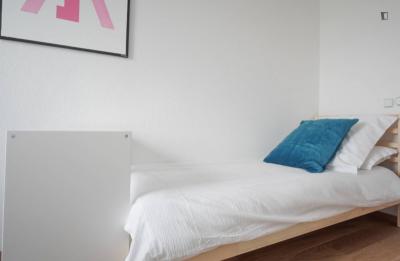 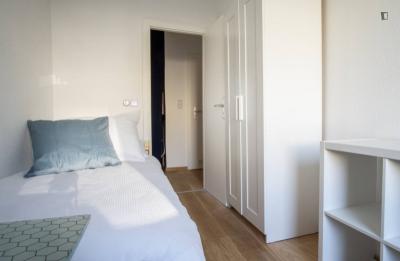 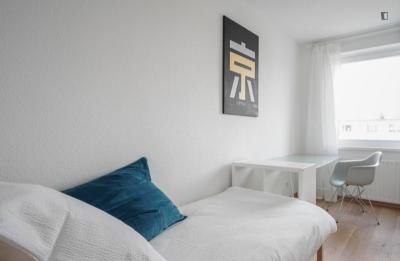 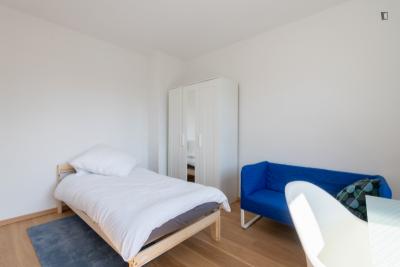 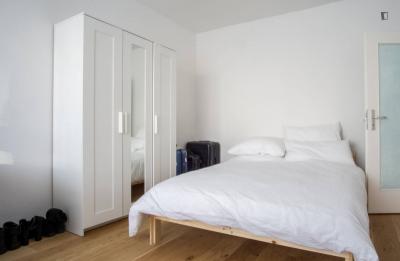 Neighborhoods and universities in Berlin

Germany is the second European country to receive more Erasmus students, only behind Spain. Thousands of international students choose the German capital as a destination because of its diverse and multicultural environment and also for being the city with the most universities in the country. Read on to find out why Berlin is a place for you with our useful information about the city, the universities and the different housing options available to help you make your experience abroad a success.

In Berlin you can find dishes from all corners of the world. Here the doner kebab was invented, it is home to the famous currywurst sausage  and, of course, there are food restaurants from all five continents. Whether you like Vietnamese, Thai or Indian food, whether you prefer hamburger or vegan, you'll find something that you like here for sure.

If you are interested in history and art you can visit one of the many museums in the city. Some of the best known are on Museum Island, in the center, but you can also go to the GDR Museum, Madame Tussauds, the Dali Museum or see old bunkers. First-time visitors to Berlin should not miss the TV tower, the Brandenburg Gate, the East Side Gallery, Checkpoint Charlie and Postdamer Platz. During your stay you will discover that Berlin has much more to offer than all those tourist spots. When you get to know one neighborhood, go to another. There is always something new to discover here.

Berlin has a number of university institutions, including six universities, 36 higher education centers, five art schools, a conservatory and two ecclesiastical universities. As you can see, you will have no problem choosing where to study.

Some of the most important universities are:

Abbreviated FU Berlin (German acronym), was founded in 1948 and occupies the fifth place in the classification of German universities. It is located in Dahlem and Lankwitz, on the outskirts of the city.

This university appears in seventh place in the classification of German universities, and is located in Charlottenburg. It houses more than 30 000 students.

It has several faculties distributed in different areas of Berlin, although most are located in Mitte, such as the main building in Unter den Linden. It was founded 200 years ago and is one of the three largest universities in Berlin. At the moment it is the fourth best university of the country, according to the classification.

University of the Arts

It is one of the largest and most diverse art schools in the world, and is situated in Charlottenburg. It offers studies ranging from the visual arts to design, music or performing arts.

Located near Friedrichstrasse, the Hertie School of Governance is one of the best English-speaking universities in Germany, and prepares students to hold management positions in companies and governments.

The HTW (University of Applied Sciences for Engineering and Economics) has campuses in Oberschöneweide and Biesdorf-Süd, where 13,355 students study.

At the University of Economics and Law 10 000 young people study and it is characterized by its varied and practical research programs. It is located in Schöneberg.

Macromedia University of Media and Communication is located in Kreuzberg and offers a large number of study programs with an eminently practical and project-based approach.

This international fashion school offers undergraduate and master's degree programs in fashion and design. The Central University was founded in 1841 by Alexis Lavigne in Paris, and the Berlin campus is located in Wrangelkiez (Kreuzberg).

The European School of Management and Technology is located in the historical center, near Alexanderplatz, in the former building of the GDR State Council.

MOST POPULAR NEIGHBORHOODS TO LIVE

For many Berlin has 12 neighborhoods, but one immediately realizes that the original neighborhoods were 23. In 2001 the 23 neighborhoods joined to form only 12. Some of the most demanded by the students are listed below:

Mitte includes the neighborhoods of Mitte, Moabit, Hansaviertel, Tiergarten, Wedding and Gesundbrunnen. Here you will find Alexanderplatz and the television tower. It is the neighborhood of hipsters and the young lovers of the design. Here you live to be at the heart of everything that happens in the city, or to show you can afford it, as it is one of the most expensive areas of Berlin. It is filled with restaurants, nightclubs, bars and designer shops, so you will never get tired. The most important spots are the surroundings of Hackescher Markt and Oranienburger Strasse, Monbijou square, Rosa-Luxembourg street and, for those who like the luxury of the Gendarmenmarkt and Friedrichstrasse areas.

It belongs to the neighborhood of the Center. For years it was considered an unattractive neighborhood and many moved to live at Wedding because of the low house prices. Today is a multicultural area, where foreign residents and students are mixed, as rental prices continue to be low and because of its proximity to the center. In addition, there are many more bars and restaurants, which has made it a more attractive area, and the artistic scene also has a leading role.

It is one of the trendiest neighborhoods in recent years, which has seen rental prices have risen to be higher than in other Berlin neighborhoods. Here you will find the park Görlitzer and the Wrangelkiez.

This is also a neighborhood with a lot of movement. The Simon-Dach-Strasse area, with its bars and restaurants, attracts party-minded people looking for a good place to have cocktails or get out. The squat scene on Riga Street was very sound in the past. If you are looking for a quiet place to relax, head for the Friedrichshain park.

According to the Berliners themselves, Charlottenburg is the neighborhood where the wealthy people live. Artists, politicians and diplomats live in buildings with high-ceilinged homes and opulent decorative elements. Here you can visit the Zoo, as well as the TU Berlin, the Ernst-Reuter Square,  Grunewald and the Olympic stadium.