Find the perfect district for you 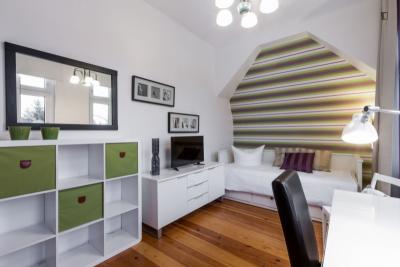 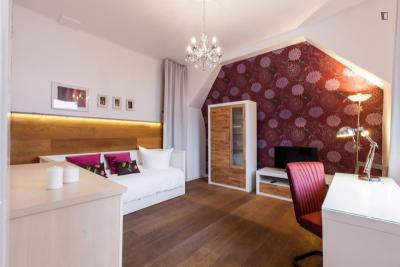 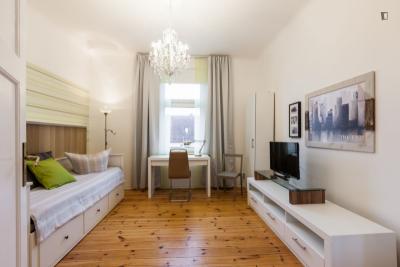 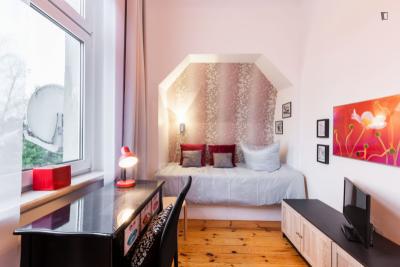 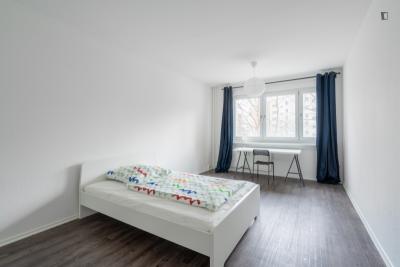 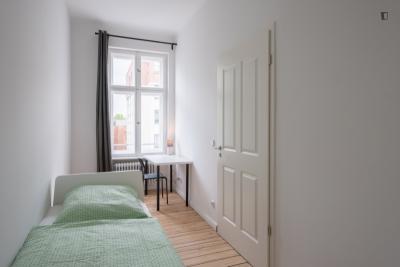 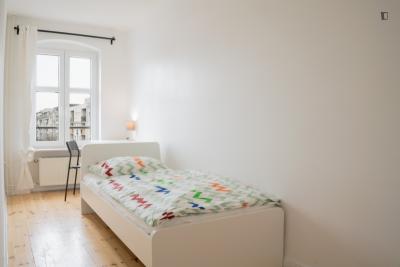 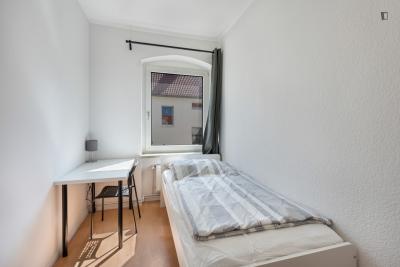 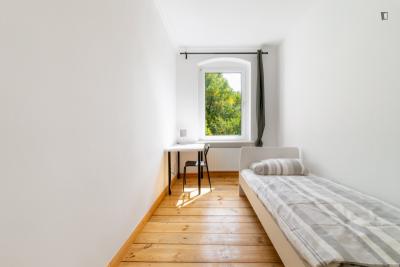 Excellent single bedroom in a student flat, next to the Tempelhofer Feld

Berlin, Berlin...everything about the most popular districts

Berlin is not only the capital and largest city of Germany, but probably also the most diverse one. Contrasts are a natural part of the city: no matter if you want kebab, currywurst, vegan or luxury restaurants, the pub around the corner, discotheques where you can party for days or bars to relax - in Berlin nothing remains to be desired.

Each district reveals something different and everyone in Berlin can find a place to feel comfortable. Whether luxury, alternative, gothic, hipster or multicultural – there is one thing that is most certainly not missing in Berlin: its diversity. Berlin has two centers: Alexanderplatz and the Zoological Garden. But apart from that, each district is set up in a way that one does not really have to leave it. However, from time to time you should do so to not miss the great offers of other districts to widen your horizon. What is really convenient in Berlin: you really do not need a car, you will get around everywhere with public transportation.

In Berlin you will not only reside, but also live and experience the city. No matter if you are looking for a shared flat, a studio or an apartment, we have some useful tips for you.

If you take a look at Berlin’s map today, you will see 12 districts, even though there have been 23 original districts and 96 local areas. The 23 districts were merged together in 2001, but even until today most Berliners rather identify with the 23 original districts. We highlighted some of the most popular districts to live for you:

The local area of Mitte is part of the district of Mitte, which also includes the local areas of Moabit, Hansaviertel, Tiergarten, Wedding and Gesundbrunnen. Here you will find the famous Alexanderplatz (fondly called "Alex" by the locals) as well as the television tower. Typical residents of this rather fancy area of berlin are hipsters and young-designer-lovers. Whether you seek nice clubs, restaurants, trendy bars or designer shops, it is assured that you will never get bored. Highlights of this area include the Hackescher Markt area with Oranienburger Strasse, Monbijou Platz, Rosa-Luxemburg-Straße and Torstraße, as well as the area around the Gendarmenmarkt and Friedrichstraße for those who like it more exclusive.

Wedding is one of the underdogs of Berlin and it belongs to the district of Mitte. For many years, it was considered a troublesome area of Berlin. The area developed into a melting pot for immigrants, but today it has become an insider tip for students as it can offer both, cheap rents and living close to the city center. There are also more and more bars and restaurants that make the area more attractive. By now, also an art scene has established itself, which shapes many places here.

Kreuzberg belongs to the district of Friedrichshain and, with its multicultural character, has always been the trendy scene of Berlin. As a result, rents are usually higher in Kreuzberg than in other areas of Berlin. Famous places are the Bergmannkiez, the Görli (Görlitzer Park) and the Wrangelkiez.

Also Friedrichshain belongs to Berlin’s scene.  The restaurant and bar area around the Simon-Dach-Straße attracts those who seek to live right in the thick of it and who like to drink a cocktail with friends. Moreover, the squatter scene on Rigaer Straße also made its name in the past. And if you feel like relaxing from time to time, you can simply stroll through the Volkspark Friedrichshain.

Charlottenburg is one of the districts where posh people are no rarity. The Zoological Garden with the Kurfürstendamm and the Savignyplatz as well as the TU Berlin at the Ernst-Reuter-Platz, Grunewald and the Olympiastadion are located in this district. Artists, politicians and diplomats often live here in old buildings with high ceilings and stucco, which gives this district a special charm.

Berlin has certainly no lack of universities with a wide range of study programs. There are countless educational institutions: 6 of them are universities, 36 colleges, 5 art colleges, 1 music college as well as 2 church colleges. For your studies, you will thus definitely be able to find a suitable university.